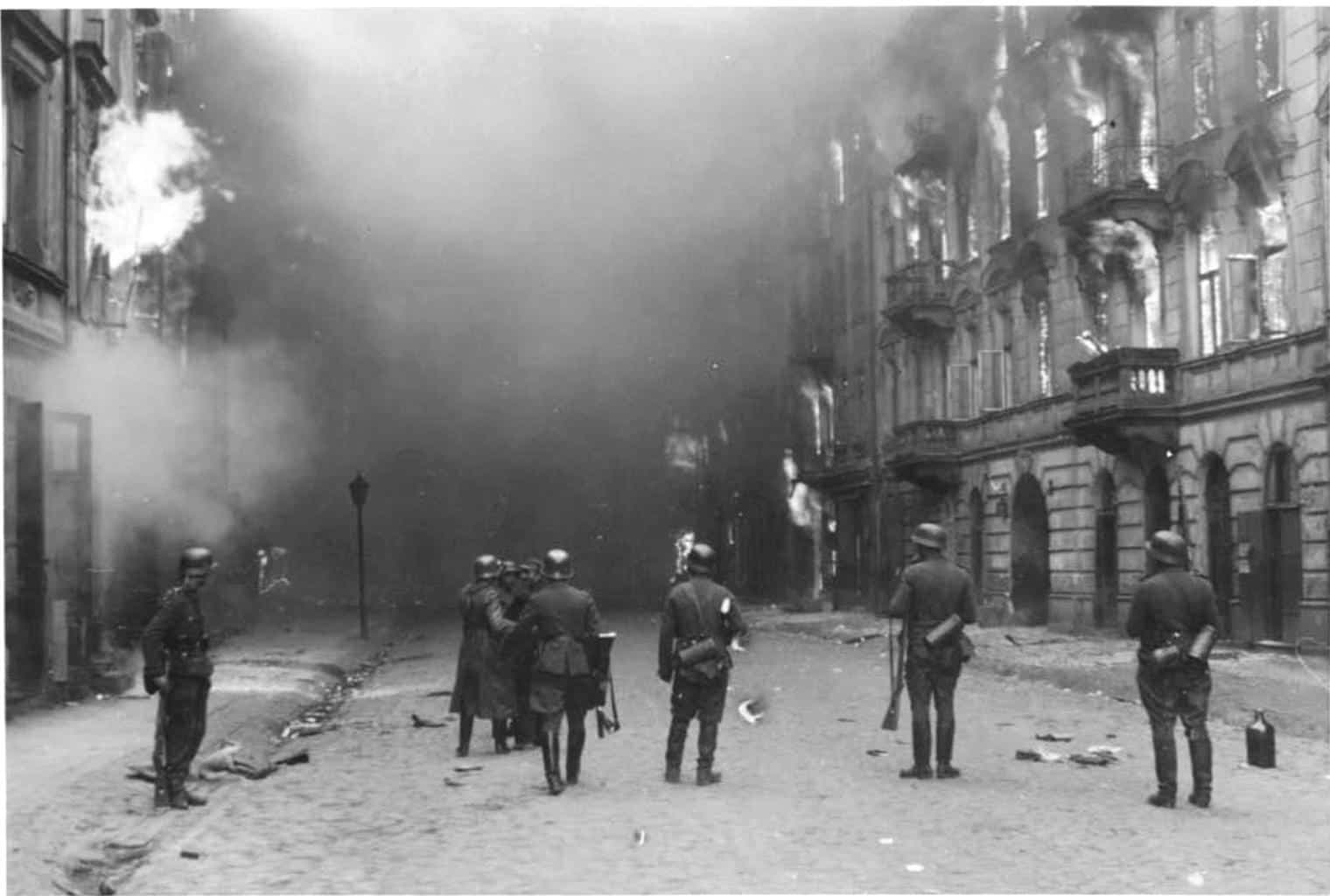 This year’s second prize-winning entry in Memphis Jewish Federation’s 10th Annual Holocaust Essay contest was written by Christian Brothers High School 12th Grader Sloan McHugh. The first prize winner will read their eassy at this year’s Yom HaShoah, which will be held Thursday, May 2, 6:30 PM at the MJCC. The text will be published here after the program.

The Warsaw Ghetto Uprising was a powerful symbol of Jewish resistance during and after World War Two. The Warsaw Ghetto was a Jewish “housing” district in the Polish city of Warsaw where up to 400,000 Jews were kept by the Nazis. The armed resistance was led by Mordecai Anielewicz and the equally important written resistance was lead by Emanuel Ringelblum. Their actions and words showed the world that Jewish culture will persevere against hate, violence and tyranny.

Life in the crowded ghetto was next to impossible for the Jewish citizens imprisoned there, often confined to cramped rooms with eight to ten other people. Jews shipped into Warsaw were at a severe disadvantage as they were only allowed to bring the bare minimum with them, usually just bedsheets and a single change of clothes. Food and supplies were deliberately limited by the Nazis which lead to twenty percent of the population dying in the first year. The Jews remained sequestered, unable to leave or gather supplies from outside of their country. With no aid, and little means to help themselves, tensions grew and kindled the flames of resistance.

The armed resistance is often the main focus of the narrative surrounding the ghetto. While less of a spectacle when compared to the physical uprising, the written work of Emanuel Ringelblum was equally significant. Ringelblum, a history teacher in Jewish schools, was deeply involved in the Jewish community inside the ghetto and was responsible for the creation of the Oneg Shabbat Archive. In 1930 he became an employee of the Joint Distribution Committee and he was sent to Zbaszyn, his first experience of the German attack on Jews and Poles.

This lead him to create a network of soup kitchens that served tens of thousands of Jews that were being held captive in Warsaw. In addition to these philanthropic activities, Ringelblum created an ungrounded system to document the way Jews in Warsaw were being treated and how they lived before, during, and after the uprising. This group of documents, and his personal diary, was called the Oneg Shabbat Archive which translates in Hebrew to “Sabbath delight”. All items used in everyday Jewish life were collected and saved, including German pamphlets and propaganda. Every single piece that went into the archive crossed Ringelblum’s desk. Daily, weekly, and monthly summaries were included. Luckily for Ringelblum, Germans took little interest in activities of the Jews

The Jewish citizens risked their lives to keep their story alive and resist Nazi occupation and oppression. Although Jews in Germany and surrounding areas had been stripped of everything they owned in a previous life, the Nazis were not able to strip them of their honor and their pride. The uprising sent a powerful message to the entire world: the Jewish community had not given up hope. They remained strongly rooted in their own beliefs and did not falter in the face of oppression And for that, the Jews and their way of life survived.