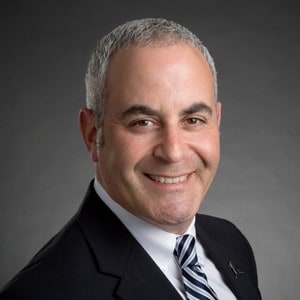 The initiation of the three-year pilot RSD program followed several months of collaboration between JCP and SCN, identifying areas of mutual concern, as well as opportunity. Modeled after the successful U.S. Department of Homeland Security (DHS) Protective Security Advisor program, this innovative approach is the first of its kind for a faith-based community.

Co-resourced by JCP and SCN, the RSD program provides community stakeholders in Memphis the committed focus of a local security director, while offering the benefits of a coordinated approach at the regional and national levels.

“Security is a top priority for our Jewish community, and we were ready to take our efforts to the next level,” said Laura Linder, President & CEO of Jewish Community Partners. “We are proud to join with SCN to pilot such an important partnership.”

These benefits include: access to the latest information through SCN from national level partners, including the Federal Bureau of Investigation (FBI) and DHS, on threats to the Jewish community, as well as a direct connection to best practice resources, from policies and procedures and assessment guides to technology platforms and training curricula.

“Ensuring fiscal responsibility while increasing information-sharing and communication across the Jewish community and improving access to resources is critical, given the existing threat environment,” noted Michael Masters, National Director and CEO of SCN, “this program is not only the first of its kind for the Jewish community, nationally, it is the first of its kind for any faith-based community. We are proud of our partnership with JCP, in Memphis.”

Mr. Frisch has an extensive background as a security professional, with more than 20 years of experience planning, developing, and implementing diversified security programs across the military, corporate, and government sectors. He is a certified trainer through both the U.S. Department of Justice and U.S. Department of Homeland Security.

Prior to joining SCN, Mr. Frisch served as Coordinator of Security Operations for St. Jude Children’s Research Hospital, where he was responsible for creating security policy for a workforce of more than 5000 across 17 countries.

Mr. Frisch served with the Memphis Police Department, Office of Homeland Security for more than a decade, and previously served in a Special Operations capacity with the Israel Defense Forces.

The role of the RSD will be to provide vital services, including: serving as a point person for all issues of security; monitoring, coordinating and sharing information related to issues impactful to the community, to include public safety issues and terrorism; making regular, frequent visits to Jewish organizations to assess security needs and make recommendations where needed; designing, developing and providing security training and education; maintaining effective partnerships with local, state, and federal law enforcement and emergency management agencies, and; coordinating security for major events in the community.

Initiating the partnership, SCN National Director and CEO Michael Masters and RSD Stuart Frisch met this week with senior law enforcement leadership in Memphis, including representatives of the Memphis Police Department, Emergency Management Agency of Shelby County, Tennessee, the United States Secret Service, and the FBI, among others.

Traditionally the largest Jewish community in Tennessee, Memphis is home to an estimated Jewish population of 8,000. The Jewish community is comprised of preschools, day schools, social service and issue-focused agencies, and a Jewish community center at which several of these institutions are housed, in addition to seven synagogues.

With the launch of the RSD initiative and the hiring of Frisch, the Memphis community and its neighbors across the Southeast gain a tremendous local resource, while also joining a national network of security directors, safety experts, and dedicated professionals devoted to the well-being of the North American Jewish community.