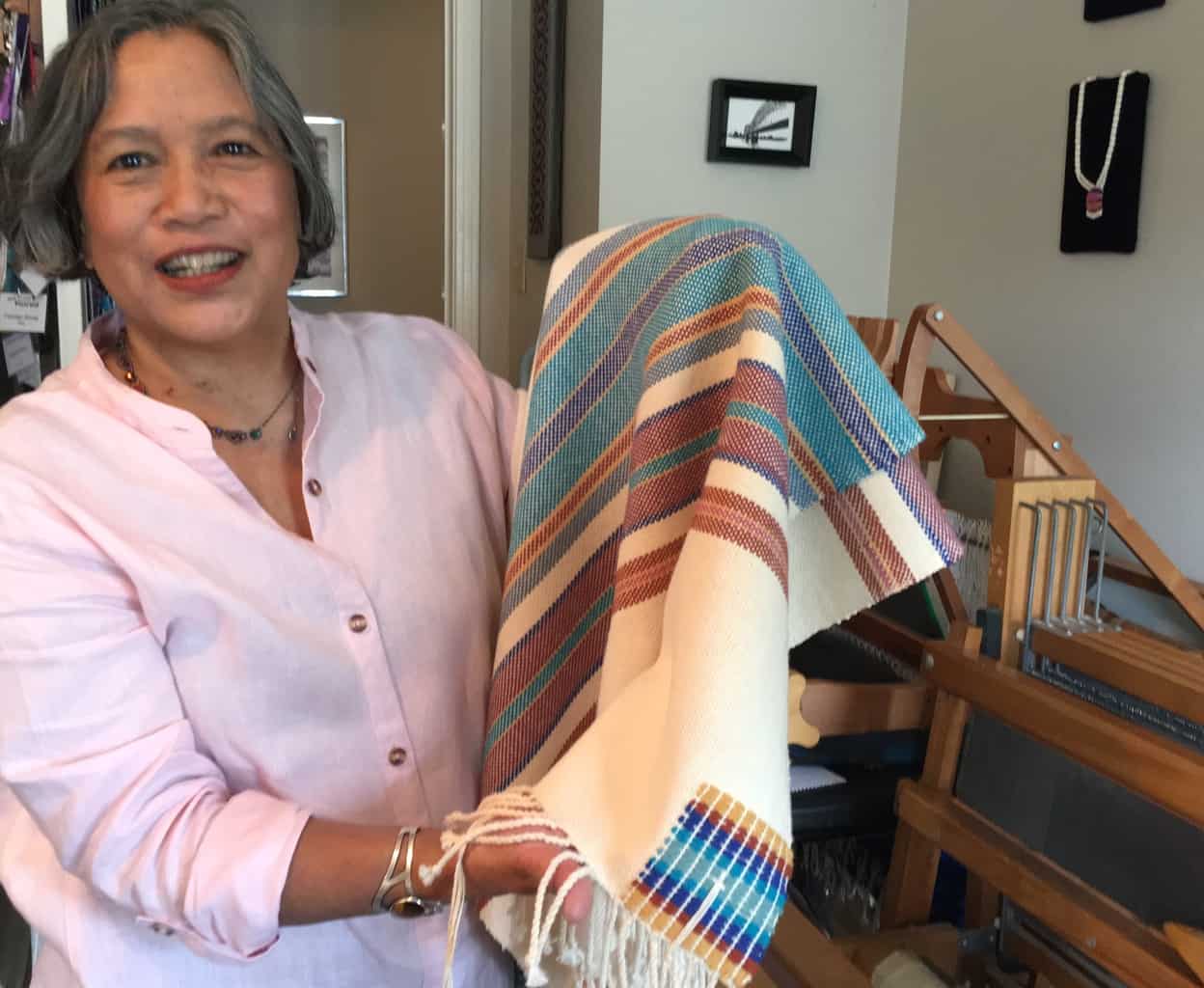 “When my son was very young, I wove my first prayer shawl in anticipation of his Bar Mitzvah. After my husband and I moved to Memphis in 2000, we discovered Temple Israel. I studied with (Rabbi) Micah and converted; I taught Sunday School and made a prayer for shawl for everyone in the family but me, and then after my daughter’s Bat mitzvah, she said to me, ‘You’re the only person in the family who has not had a Bar or Bat mitzvah.’ So Micah got together a B’nei Mitzvah class for adults. We bonded and learned together—it was a great experience, and we had an actual ceremony. I was so happy I did that. I had a commission and made prayer shawls for Micah and all the clergy.”

Felicitas means happiness in Latin, a name her mother gave her after they arrived in the Netherlands where she was born. “They were able to be free after such difficult times.” Her parents were World War II refugees from the Dutch East Indies, which is now Indonesia. Her mother went into hiding during the Japanese occupation there, and her father was an allied Dutch soldier and later a Prisoner of War.  “They lost everything. It was a difficult time, and in Indonesia after the war, the people wanted to get rid of everyone who was Dutch.”

The family eventually immigrated to America and Felicitas grew up in Boston. She took a weaving class when she studied occupational therapy. “I loved it, and after my first show, I was weaving, showing, selling and teaching ever since, for the last 40 years.”

Her prayer shawls have been exhibited nationally and have been featured in publications on Jewish textiles. “Weaving is a metaphor for me, and has helped connect different parts of my life. I love to use traditional fabrics like batik that reflect where I am from. Textiles live forever.”

“In worship, there is the concept of hiddur mitzvah – it needs to be beautiful. Having a beautiful piece is to channel that beauty to our connection to God. It’s part of my legacy.” And she’s thinking about making her own prayer shawl soon.