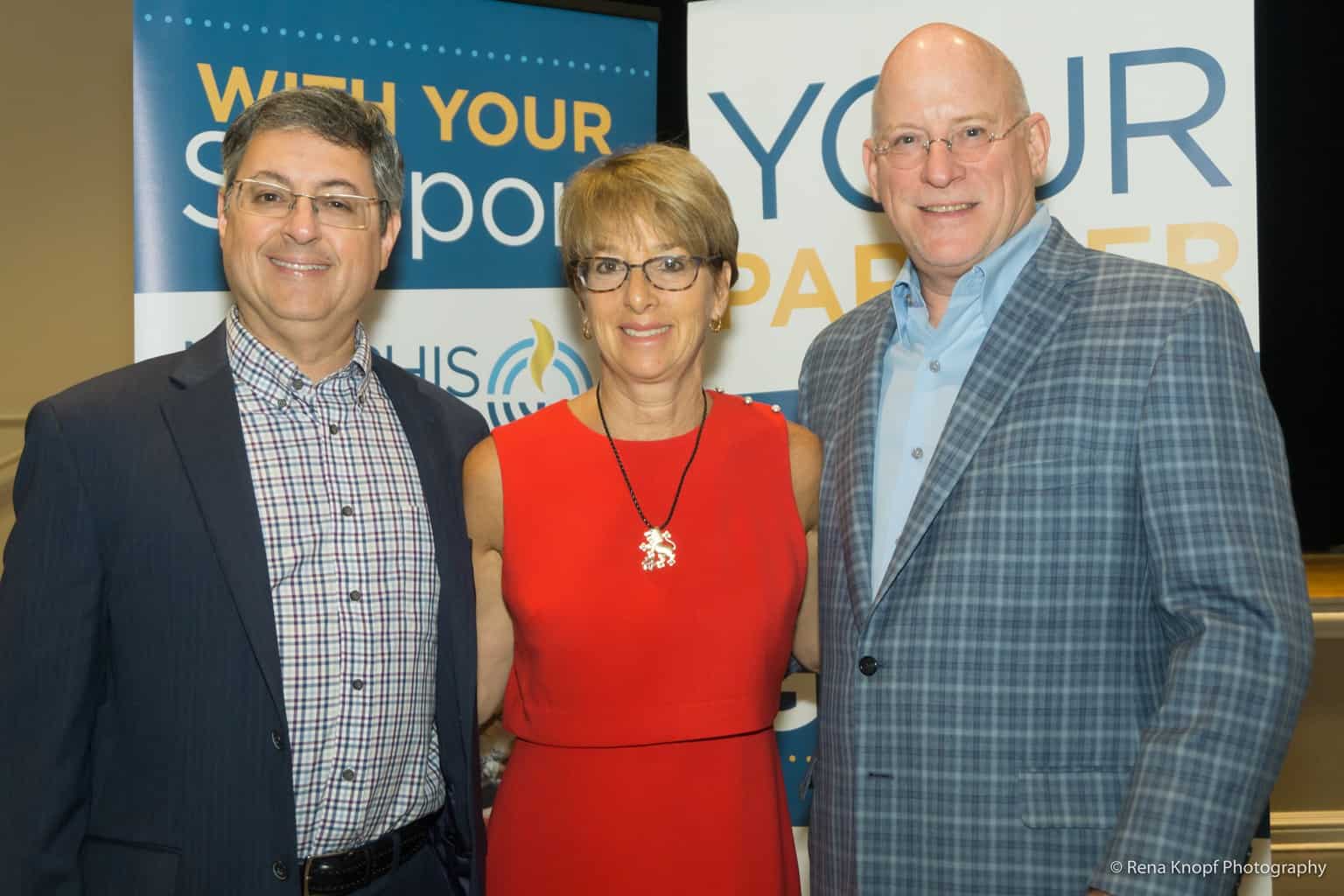 “My absolute passion is raising money for the Jewish community everywhere, in Memphis, in Israel, and overseas,” said Morrison.

This passion for fundraising, as well as talents honed as First Vice President of Investments at Wells Fargo Advisors, comes to JFOM at an exciting time for the organization, as it prepares to celebrate its 25th anniversary.

“This is a big year for us with a lot to celebrate,” said Sheri Gadberry, JCP’s Director of Operations and the senior professional at JFOM. “We have set some ambitious goals, both short and long term. Anthony’s skills and enthusiasm for the work will help us tremendously.”

Morrison follows Charles Jalenak who served as JFOM Chair for the past two years. The Chair works closely with JCP President & CEO Laura Linder to chart the path forward for the organization, in collaboration with JCP’s other two top-level lay leaders, Cindy Finestone, MJF Chair, and Ken Steinberg, who will chair JCP.

“Anthony and I have worked together quite a bit over the years, and I’m excited to continue doing so,” said Ken Steinberg, who moved into the JCP Chair role July 1. “Anthony brings a really unique combination of talent and passion to his work raising funds to benefit our Jewish community and Jewish communities around the world. He’ll be an enormous asset both to our fund-holders and to the agencies they support with their charitable giving.”

As JFOM celebrates its 25th anniversary in 2020, the team will reenergize endowment building, working with donors and fund-holders to secure sustaining funding for the diverse agencies that are the backbone of Jewish Memphis. Memphis is often cited as the nation’s most philanthropic city and JFOM is a powerful driver of that in the city’s Jewish community, serving as a charitable giving partner both to donors and to the agencies they support. Through JFOM, people who aspire to be charitable can tailor a plan that fits any budget to maximize their impact on the charities that are important to them.

“Working with families and individuals to create endowments that sustain our organizations is how we’ll continue to support the incredible Jewish infrastructure in this town,” said Morrison. “I’m really interested in engaging the next generation to help them become as great or even greater philanthropists than even their parents. Those that came before us have done so much for the Jewish community and I want to help people grow as philanthropists, and give them their chance to shape and sustain our community.”