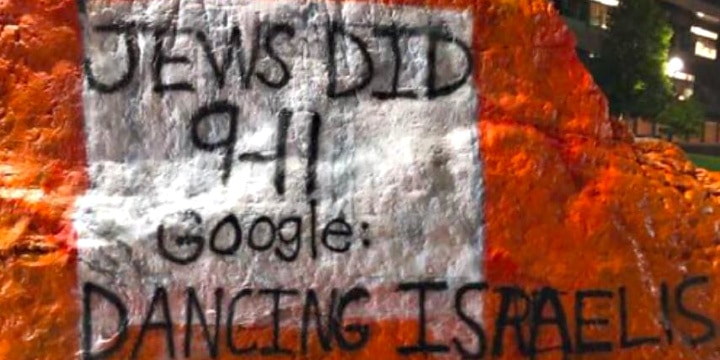 Last Fall, two incidents of anti-Semitic graffiti occurred on the iconic “rock” at University of Tennessee-Knoxville (UTK). After a mild public response from school officials, the four Jewish Federations of Tennessee (Memphis, Nashville, Chattanooga and Knoxville) sent a joint letter to UT President Randy Boyd and UTK Chancellor Wayne Davis, asking the university system to condemn in stronger terms the anti-Semitism expressed on the rock and to articulate publicly the steps being taken to educate the entire campus community about the scourge of anti-Semitism. Read more about this part of the story here.

Last week, there was another incident, and this time the UTK administration handled it much better. Read more in Newsweek.

To show our support to the University, the following letter was sent.

On behalf of the Jewish Federations of Chattanooga, Knoxville, Memphis, and Nashville and Middle Tennessee, we are writing to express our appreciation for your swift condemnation of the recent anti-Semitic slur on the University of Tennessee-Knoxville (UTK) “Rock” and for your proposed action plan to combat hate on campus.

We look forward to hearing about the implementation of your action plan and the concrete and meaningful results it will hopefully yield.