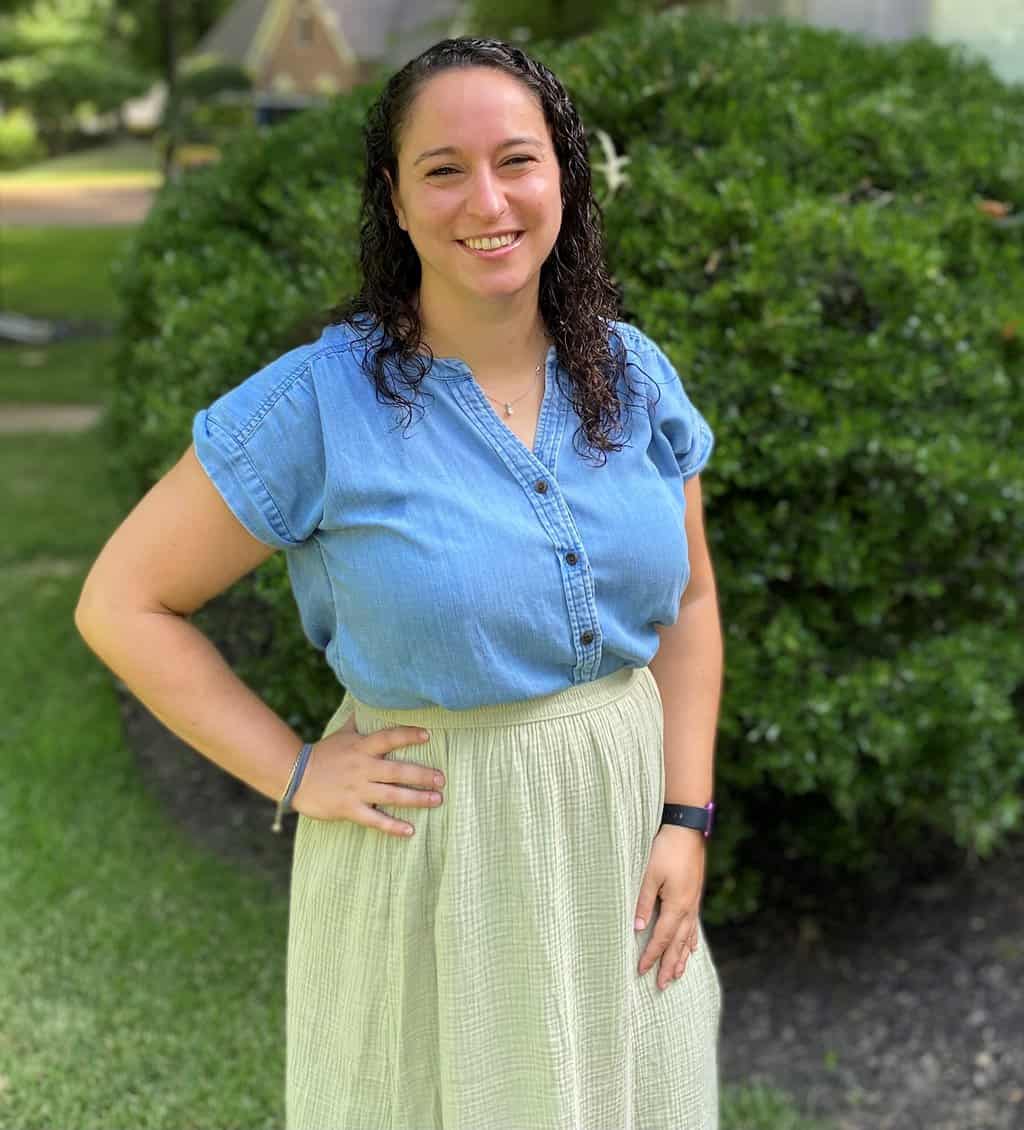 Memphis-born Judy Lansky joined the Memphis Jewish Federation team earlier this summer as the organization’s Director of Development, returning to the community after over a decade away. She left Memphis after high school to attend the University of Maryland before starting her career as a non-profit professional in Michigan.

“After being gone for so long, I’m excited to be back in my hometown and working to sustain a vibrant Jewish community,” said Judy. “I’m looking forward to bringing what I’ve learned thus far in my career back home and contributing to Federation’s efforts to nurture and engage Jewish Memphis.”

Judy began her Jewish journey in a very Memphis way, often through programs and agencies supported by Memphis Jewish Federation’s Annual Community Campaign. As a baby she attended what is now known as the Memphis Jewish Community Center Early Childhood Center, and later Beth Sholom Synagogue religious school. During the summers, she was a camper at Camp Sabra in Rocky Mount, MO. As a Ridgeway High School student, Judy played soccer, learned about leadership and diversity from Memphis’ Bridge Builders program, and was National Honor Society president. Outside of school, she was involved in BBYO and served as USY Chapter President for two years. Additionally, she was a leader in the Jewish Foundation of Memphis B’nai Tzedek Teen Philanthropy Program and represented the community at a national philanthropy conference.

“B’nai Tzedek was my first insight into philanthropy. The program introduced me to needs in the community and taught me the importance of giving to organizations that I cared about,” said Judy. “There were always more requests than we could grant, and we were forced to make tough choices on who to support. It was where I learned how essential fundraising was.”

At the University of Maryland, College Park, Judy majored in History and Jewish Studies, and studied abroad at the University of Haifa in Israel. She was involved in the Jewish Student Union, Zeta Tau Alpha, and was a campus tour guide. During her summers, she worked at Camp Ramah Darom in Clayton, GA and was an orientation advisor for the university.

Upon graduation, Judy moved to Ann Arbor, MI to work at the University of Michigan’s Hillel where she was responsible for student engagement and leadership development. While there, she led alternative spring break and Birthright trips. In Ann Arbor, she was also a founding member of the Ann Arbor Jewish Federation’s young adult group. Michigan Hillel cemented her interest in fundraising, and she took her talents to the Jewish Federation of Metropolitan Detroit where she had the opportunity to work with philanthropic advancement, young adult engagement, and Women’s Philanthropy.

“I’m really proud of my work with the Detroit Jewish community. I grew as a strategic fundraising professional and learned how to build strong and authentic relationships with lay leaders and donors. I’m also especially proud of the work I did in the realm of social justice,” Judy said. “I collaborated on community service projects and volunteer opportunities around the city, staffed the start of a Jewish LGBTQIA community, and coordinated several anti-racist coexistence campaigns.”

After five years in Jewish non-profits, Judy went to the Girl Scouts of Southeastern Michigan as the Director of Corporate Initiatives where she was responsible for corporate giving and creating partnerships between the Girl Scouts and Metropolitan Detroit.

Recently graduated from the Gerald R. Ford School of Public Policy at the University of Michigan with a Master of Public Affairs, Judy took classes in Management and Leadership, Budgeting, International Affairs, and Human Rights. She completed her Capstone Project with the Fair Food Network, a non-profit focused on supporting farmers, relieving food insecurity, and increasing access to healthy food.

“We are thrilled to welcome Judy to this critical role,” said Laura Linder, President & CEO of Jewish Community Partners, which operates Memphis Jewish Federation. “We’ve come full circle with Judy’s appointment as Director of Development! It’s gratifying to see the positive impact B’nai Tzedek made on her career choice. She is bringing so much creativity and energy to our campaign. We know she will have great success in her new role.”

“I’m thrilled to be back in Memphis working for the community that helped raise me,” said Judy. “It feels full circle to raise money for so many of the programs I benefitted from growing up.”

When she’s not working, you can find Judy at a yoga studio, climbing gym, and walking her dogs or biking at the Wolf River Greenway. She also loves good food and live music and is happy that Memphis has both.