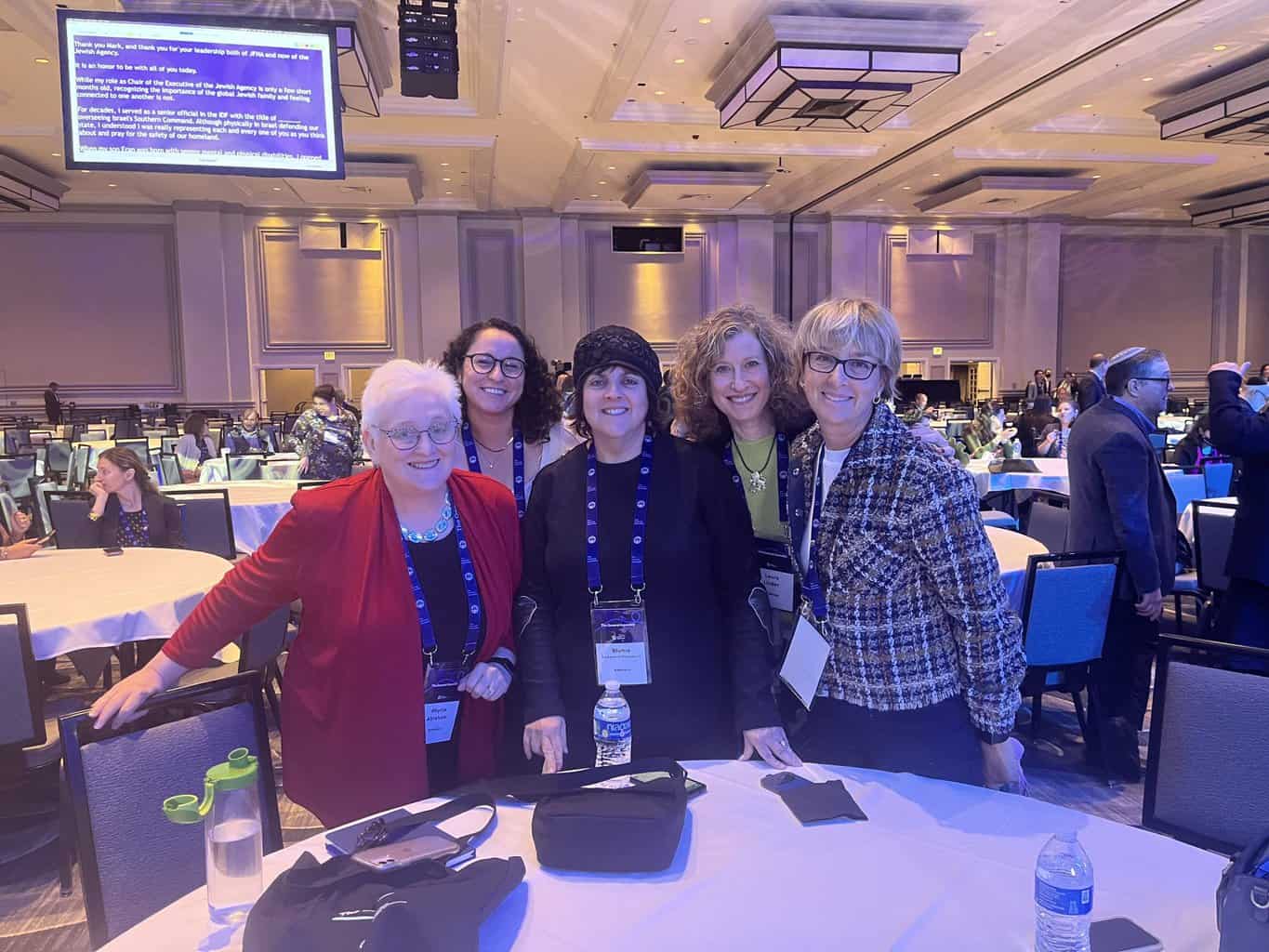 “I am always inspired to be among Federation professionals and lay leaders at the GA,” said Cindy Finestone, Chair of Memphis Jewish Federation’s Board. “We share common challenges and opportunities and I always come away with new ideas about how we can strengthen our community. I most appreciated hearing that although we may have differing opinions, we must find opportunities to find what we have in common and build from that starting point.”

This year’s General Assembly focused on responses to the geopolitical challenges and global events impacting the Jewish community, and challenges and opportunities towards building flourishing Jewish communities. Topics that were discussed include the urgency of Jewish communal security, Jewish Federations’ response to the Ukraine crisis and the uncertainties that lie ahead for Jews in Ukraine and Russia, and new initiatives and partnerships to combat the rise in antisemitism.

“We are living in complex times. Antisemitic incidents are increasing at an alarming rate, anti-Israel rhetoric is rampant, millions of people are displaced by war and our communities are overwhelmed by a mental health crisis,” said Laura Linder, President and CEO of Jewish Community Partners, which manages Memphis Jewish Federation. “These extreme challenges require bold solutions and broad collaborations, so that we can effectively strengthen our communities and ensure that they are safe, compassionate, inclusive, and vibrant. The General Assembly is a unique opportunity that comes around once-per-year for our communal leaders to come together to tackle these complex challenges, discuss practical steps towards building flourishing Jewish communities and return to our communities invigorated to implement these strategies.”

Global figures, activists, public officials, and communal leaders addressed the audience. Noteworthy names include President of Israel Isaac Herzog, U.S. Ambassador to Germany Amy Gutmann, Israel’s Ambassador to the U.S. Michael Herzog, journalist and news anchor Andrea Mitchell, Special Envoy to Monitor and Combat Antisemitism Ambassador Dr. Deborah Lipstadt, philosopher/author/filmmaker Bernard Henry Levy, among many others. Celebrities from the screen could also be found; a chat with Israeli actor and star of the hit show The Beauty Queen of Jerusalem Michael Aloni was a fun surprise for Linder and other GA attendees.

During the opening plenary of The General Assembly, Jewish Federations of North America Board Chair Julie Platt announced that since the launch of LiveSecure last year, the number of Jewish communities in North America that have security programs has increased by 42%.  LiveSecure is a $130 million investment in Jewish communal security that aims to protect every single Jewish community in the U.S. and Canada through a grant issued by Jewish Federations of North America, with matching funds raised by the local Federation. This funding is already working to make Jewish Memphis safer for everyone.

Also announced at The General Assembly is an agreement made between the leadership of major Jewish organizations and financial ratings powerhouse Morningstar on a new set of commitments regarding anti-Israel bias in its ESG (Environmental, Social, and Governance) ratings. The agreement follows months of deliberations between the parties.

The five-person Memphis cohort also had a surprise encounter with an emerging Memphis lay leader. Unknown to Memphis Jewish Federation, Rhodes College junior Samuel Cross received an invitation to attend this year’s General Assembly representing Hillels of Memphis, a program of Federation. In July, Cross began his term as a member of the 2022-2023 Hillel International Student Cabinet based on his interest in outreach towards Jewish communities outside of the traditional Hillel network.

“Hillel tends to be Euro-centric, and my goal is to reach out to other Jewish communities that are rich in tradition and culture but have begun drifting away from the more mainstream Ashkenazi/Sephardic traditions,” said Cross. “Examples include the population of Beta Israel in Ethiopia, Bene Israel in India, and Central and South American Jews. I want to find ways to bring these communities in and facilitate a closer link between groups and hard-to-reach students.”

While our global Jewish family faces challenges and uncertainty, the General Assembly is a yearly reminder that dedicated professionals and volunteers are working diligently to stay ahead of these issues. This week, they returned to Memphis and to communities across the continent bursting with fresh ideas, innovative strategies, and the will to roll up sleeves and do the hard work, today, tomorrow, and always.