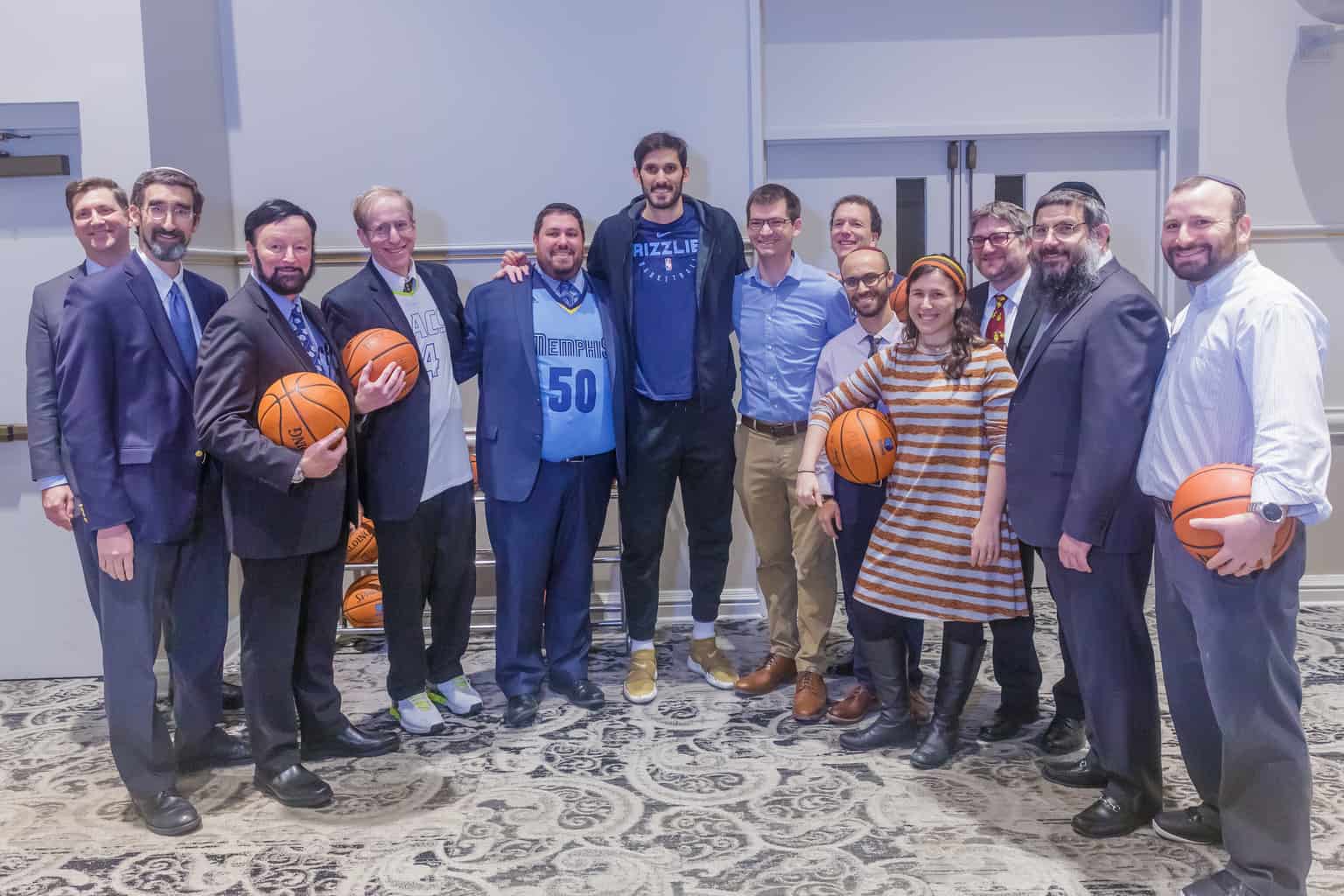 When all 6 feet and nine inches of Israeli basketballer Omri Casspi ducked under the door and into the MJCC’s Belz Theater, the crowd gathered for this one-of-a-kind Hanukkah celebration knew they were experiencing something special. Rabbis from every Memphis congregation and agencies like the MJCC and Hillels of Memphis had just made NBA-style entrances, dribbling basketballs down the aisle while techno music pulsed through the sound system, and the crowd was on their feet.

The 30-year-old Memphis Grizzlies forward from Yavneh, outside Tel Aviv, strode up the aisle slapping fives with the crowd and climbed onto the stage, where he took questions from the predominantly school-aged audience, hitting topics like his connections to Judaism and Israel, his involvement in Birthright as one of the program’s celebrity spokespeople, and even fielded an invitation to attend a game as a guest of the Margolin Hebrew Academy basketball team. His answers showed a thoughtful, humble man ten years into a successful professional career, and grateful to make real relationships within Jewish Memphis.

After questions, the rabbis joined Omri onstage to light the menorah. Omri declined a script and gave the Hanukkah blessing from memory, joined by the rabbis, who then spontaneously led the crowd and each other through a series of Hanukkah songs. 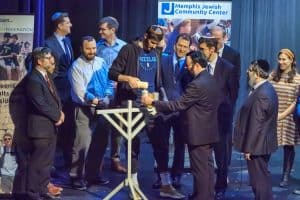 “It was amazing coming together as a Jewish community with Omri to celebrate Hanukkah and demonstrate our athletic abilities as clergy,” said Hillels of Memphis Director Rabbi Jeremy Simons. “Many Jewish holidays are centered in the home. Hanukkah on the other hand requires public display of the Hanukkiah. Our lighting demonstrated the cohesiveness of our community across the denominations. Having a legitimate NBA star join us, one of two active Jewish players in the league who also happens to be Israeli and to play for our Grizzlies, made it a truly special Memphis moment.”

The event was put together quickly, and in partnership with Jewish Community Partners, MJCC, and the Memphis Grizzlies. The team reached out to JCP only days before they proposed to hold the event, and the staffs at JCP and MJCC took the ball and charged toward the net. The hustle and teamwork paid off- attendees left with signed swag, tickets to an upcoming game, and, most importantly, the warm glow of Hanukkah spent with friends and family.

“It was awesome,” Omri said after the event. “The welcome was so warm-hearted and we felt like part of the family – and not just me but my wife and my whole family. We really appreciated it and it’s fun to be a part of something like [the celebration].” 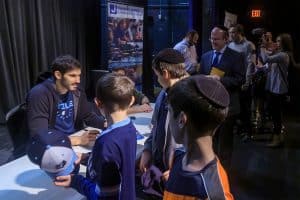 He connected the evening to the feelings he’s had since signing with the Grizzlies this summer and relocating to the city.

“It’s exceeded all of my expectations,” Omri said. “I knew the South was warm and the people of Memphis were great, but they have made us feel like part of something bigger, so we’re really grateful for that.”

“Despite the short planning window, our community was once again able to come together quickly and in large numbers, this time for a fun and meaningful holiday celebration,” said JCP’s Chief Strategy Officer Bluma Zuckerbrot-Finkelstein. “Having an NBA player, proud of his Jewish heritage and Israeli nationality, lighting Hanukkah candles with the rabbis and heads of school in our community embodies one of the main messages of Hanukkah, that of religious freedom. It was incredibly moving to witness Omri chanting the Hanukkah blessings and serving as a positive sports role model for the younger members of our community”

“This night with Omri Casspi was a gift to our community during Hanukkah,” said MJCC’s Chief Operating Officer Jeremy Weiser after the program. “Him being here, talking about what it means to be an Israeli in the NBA, lighting the menorah with our rabbis, signing autographs, and talking with those in attendance gave us something positive to gather around as an entire community. He helped shed a little extra Hanukkah light into our world.”

The evening clearly made an impression on Omri as well.

“The amount of people that were there and the fact that there were people from all parts of the community was beautiful to see,” he said. “It was one big family.”