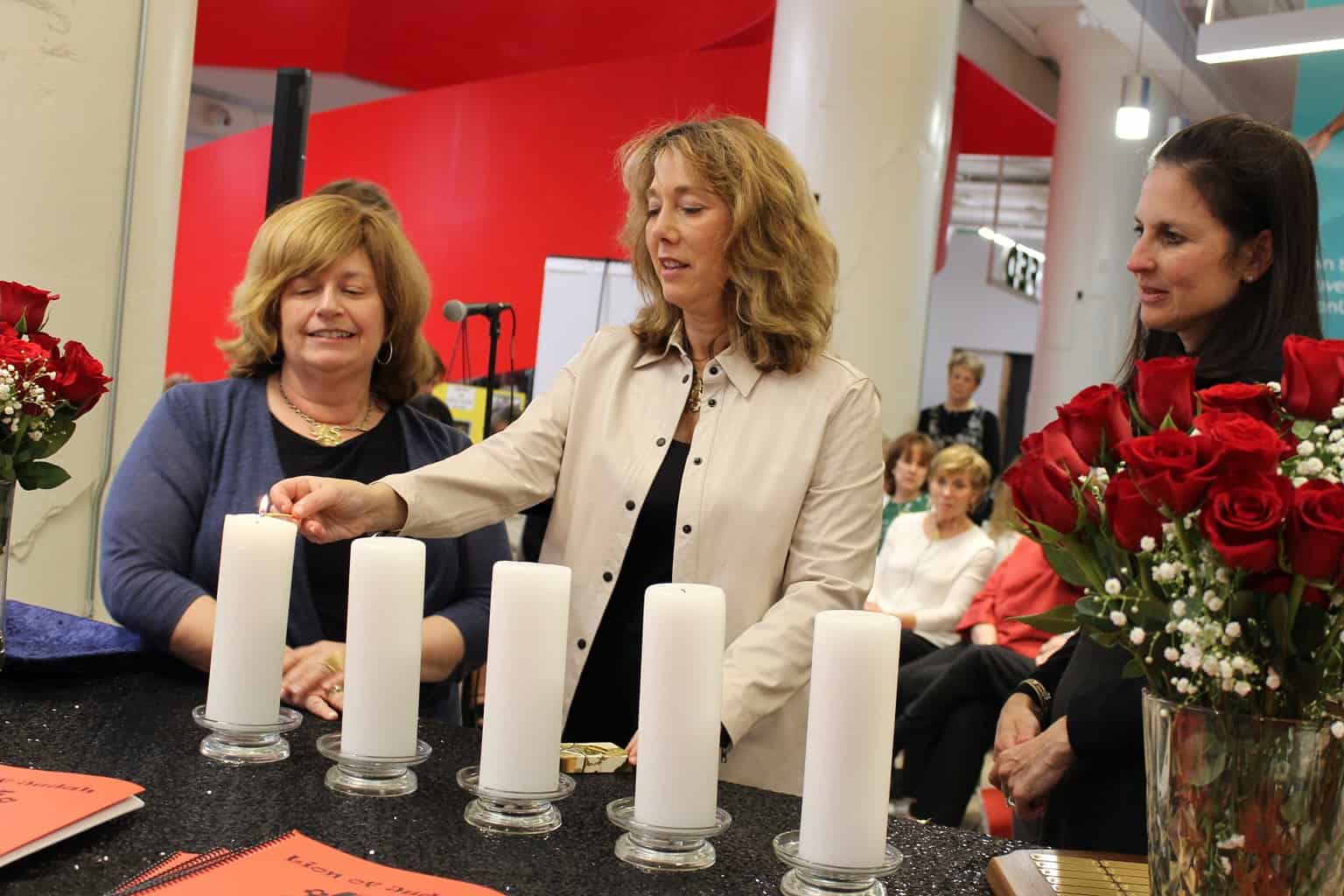 Memphis Lions of Judah gathered under the red stair case at Crosstown Concourse (located in the old Sears Crosstown building) to welcome new and returning Lions as well as remember those who live on as Forever Lions through their established endowments.

More than 75 guests attended the annual spring gathering, which was held on Tuesday, April 24, in a space generously donated by SunTrust Bank, a longtime sponsor of Memphis Jewish Federation (MJF). The evening began with a tour of Crosstown Arts Galleries.

MJF Financial Resource Development (FRD) Co-chair Cindy Finestone welcomed all and introduced sister Lions who shared anecdotes about each of the new Lions of Judah and presented them with their pins. 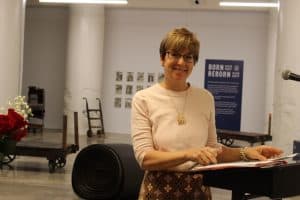 Laura Linder, CEO and president of Jewish Community Partners, thanked the 106 Memphis Lions for their generous support of the annual community campaign. She also mentioned the success of the Reach Chai-er in 2018 campaign challenge.

“Many families have increased their gifts this year to meet the ever-growing needs facing the Memphis Jewish community, those in Israel and in 70 countries around the world,” she said.

“We are also grateful to the 27 Lions who have established a Lion of Judah Endowment, ensuring the future of our Jewish community,” she continued. “Tonight, we remember our Forever Memphis Lions, of blessed memory, who established Lion of Judah Endowments to ensure their gifts to the annual campaign would live on in perpetuity. Each year, we light a candle in their memory.”

Diane Rudner, president of the Plough Foundation and a Memphis Lion of Judah, had the pleasure of introducing Dr. Arthur Jacobs, the husband of her longtime friend and colleague, Barbara Jacobs. Dr. Jacobs recently established a Lion of Judah Endowment in honor and memory of his wife and said a few words about how important the Memphis Jewish Federation and the Memphis Jewish community was to Mrs. Jacobs and to him.

After a beautiful candle lighting ceremony, Mrs. Linder announced the semi-annual Kipnis-Wilson Friedland Awardee, Mimi Grossman, who was chosen by past local recipients of this national award. Ms. Grossman will be honored at the 2019 International Lion of Judah Conference in Florida, as well as at a local reception. 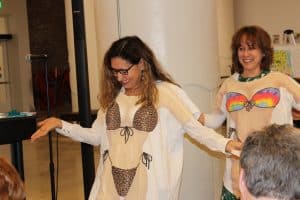 Jolie Kisber and Alla Olswanger Lubin treated guests to a lively skit announcing the semi-annual conference, which will be held in sunny Hollywood Beach, Florida, in January 2019.

Next up was Billie Pierce and Debra Saharovich’s energetic presentation of the planned Spring 2019 Lion Trip to Philadelphia. They began with a raffle drawing for the cookbook “Zahav” by Chef Michael Solomov, whose Israeli-inspired restaurant by the same name is in Philadelphia. Chef Solomov will be in Memphis in November.

Before wrapping up the evening, Debbie B. Lazarov announced plans for a Memphis Jewish Federation-hosted Israel trip next fall – A Women’s Spiritual Journey: Discover Israel. Discover Ourselves.

“After learning about a recent mother’s trip to Israel hosted by Jewish Community Partners, I spoke to Laura about how much I wanted to experience the same closeness and connection with fellow Memphis women,” explained Mrs. Lazarov. “So we are going to make that happen.”

Spiritual leaders from Beth Sholom Congregation and Temple Israel will accompany the group. 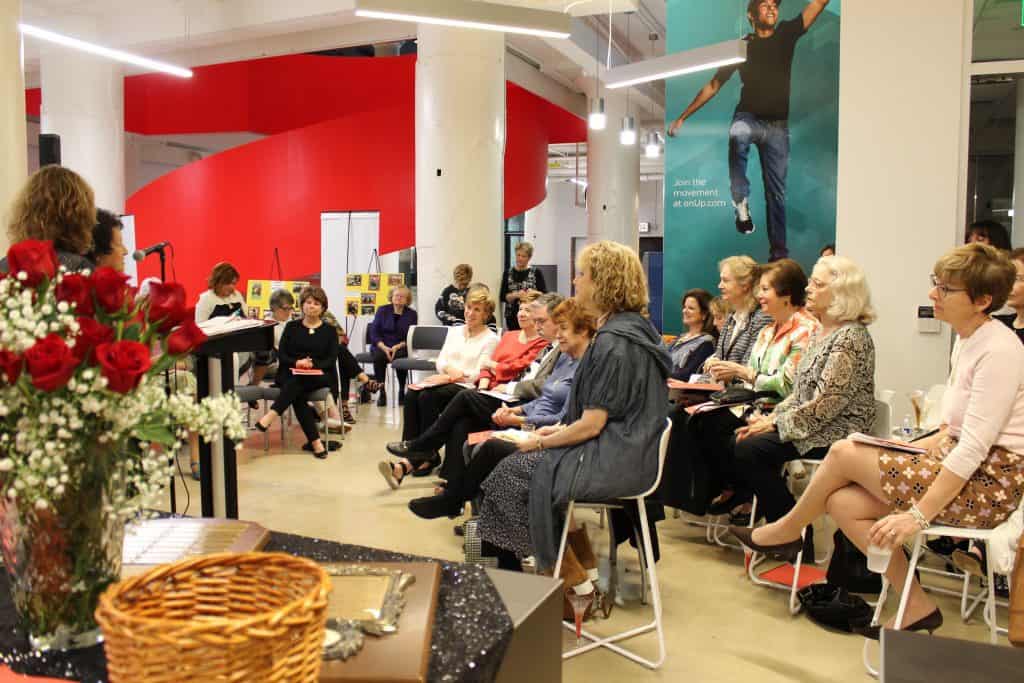